...or Headlines You'll Never See from the Mainstream Media.

This morning's stock market opening witnessed a wild slide for a few minutes. The Dow Industrials saw their largest selloff in history, losing over 1000 points in the first few minutes. As I write this, it has recovered somewhat, but is still down. One TV observer called it the "great progressive reckoning."

Wouldst that it were. And wouldst that people would be aware of the many failures, most caused by government interference and begin to work to eliminate them as quickly as possible so we could get back to a healthy, stable economy.

Today's economy bears no resemblance to any that came before it. What passes for economic wisdom these days is so far removed from sanity that it makes my head hurt. "Popular" economists like former Enron economic advisor Paul Krugman are promoting policies and practices that are pretty much the exact opposite of what one needs for a prosperous country. I put that in quotes because he's propped up as some sort of guru for reasons that I can't quite fathom. His record is less than stellar and his failures are never mentioned. Yet, he's the one we see most often and his every word is held in high regard by policy-makers, most of whom have never owned or operated a business.

Early in Obama's term, we were told that we were entering a "new normal" where unemployment numbers of 9% were the best we could expect. Recent history has certainly proved that prediction true. Our economy has been dragging along for years.

One Recovery Summer after another has had little positive effect out here in the real world. What we hear on the news is "the economy is booming," "there's no inflation," "progressive policies are working." What we see are companies going out of business, empty buildings and many friends who've lost their jobs, their livelihoods and their families.

So, who are you going to believe? The spinmiesters (all of whom are comfortably well-off, thank you) or your lying eyes? My own experience is that grocery prices have more than doubled in the past five years. Gasoline prices are low today but still higher than they were. Many of the little things that I was once able to do like going to the movies or taking a vacation are no longer possible. Now I'm reduced to praying that one of my two ancient vehicles will get me home.

Many people are under the mistaken impression that things like this just happen unprompted. Or they think that George Bush is somehow still responsible, six years after his last day in office. Or that there's some vast right-wing conspiracy engineered by the Koch Brothers. I pity these people.

Allow me to introduce to you, gentle readers, the concept of Cause and Effect. The Cause of our current economic travails is Big Government. What we see all around us is the Effect. If there isn't an economic postulate that states that the larger a government becomes, the worse the economy becomes, there certainly should be.

The Obama administration has implemented the largest intrusion into the private sector in history with its hostile takeovers of the healthcare and student loan industries. Then factor in the tens of thousands of pages of regulations forced upon us. It's little wonder that we're still afloat at all. That we haven't been plunged into another Great Depression is a testament to the strength of capitalism.

The solution is simple: reduce the size, scope and cost of government, anywhere and everywhere. I would even argue that the nearly incomprehensible size of our debt requires the wholesale elimination of entire federal departments, especially those duplicated at the state level.

This will cause the Left to react not unlike a vampire when shown a Cross. "Why, reduce government? How preposterous! We've never heard of such a thing! How dare you threaten my power over you unwashed proles, um, wait a minute, did I say that last one out loud?"

For a few brief, shining years, we enjoyed an economy where the average American was free to climb the economic ladder of success. One-earner households were the norm thanks to not much economic pressure. Kids could look forward to having careers in areas that were innovative and stimulating. The economy grew as only a free one could. There was a diversity of opportunity for all, regardless of ability. The truck driver was as essential to industry as the degreed engineer or  accountant. Thus was the golden era before the progressive leviathan of big government roamed the Earth.

What we have today is pretty much the exact opposite of that. Corporate fat cats buy and sell politicians like commodities, with elections going to the best funded candidate who can hire the best bamboozlers in the business to promise what they never intend to deliver. Laws are written not to solve any type of problems but to erect barriers for competitors (see Uber and the unions who oppose them). As has been amply documented, while the progressives preach loudly about "income inequality," the very real income gap between the rich and poor has never been greater. For the first time in our history, more businesses fail than succeed.

The heavy hand of government has forced the cost of business to increase dramatically, to the point that today's Chamber of Commerce actively endorses the replacement of American employees with cheaper, less capable foreign imports. That they have no empathy for those displaced workers is a sad testament to the American Dream. But I digress...

So the question for today is, "Do we want to tolerate the intolerable and continue to suffer under a government that was never designed to be this large or do we get to work reducing it?"

Your answer lies inside a voting booth. Choose wisely, for your own sake and that of your family. And the rest of us, too.

Should I Fire This Thing Back Up Again?

Gee whiz, there's a lot of dust on everything here. It kinda looks like I've haven't posted in a while.

At least there are no critters anywhere. That I can see. At least.

So, I should probably get this blog humming again like the well-oiled machine it once was. There's certainly no shortage of things to opine upon: the upcoming presidential elections, the long-overdue revelations of the murderers over at Planned Infanticide, Hillary Clinton's possible perpwalk over her many failures to secure classified information, not to mention her and Bubba's "charity" that sells access and political favors to "donors."

The economy is still dragging bottom. Millions of Americans are still out of work. The deficit is still outrageously high. Politicians are still ignoring the overwhelming will of the people. The EPA has turned into the nation's biggest polluter.

In other words, Situation Normal: All Fucked Up.

So, obviously I haven't gotten through to the nation's movers and shakers. The answers to these and all the other problems that beset us are deceptively simple: listen to me and follow my instructions. In no time at all, everything will be sunshine, lollipops and rainbows. Smiling puppies and beautiful girls in bikinis bearing exotic drinks await all those in power who dare to follow my brilliant solutions.

Because, as I look around, y'all certainly don't know what to do. If you did, we wouldn't be in this mess.

So stay tuned. I'll be on my usual schedule, which is no schedule at all. If I find something in the news that propels me to write, I shall.

Be afraid. Be very afraid.

The Speaker of the House Initiative

Let's have some fun with this new Congress, shall we?

I'm proposing the Speaker of the House Initiative.

It goes like this: some enterprising individual declares his or her intent to become Speaker of the House. Since this position doesn't need to be filled by a sitting representative, anyone can apply. This person creates all the necessary social media outlets to stay connected and releases ideas for legislation he or she would propose as Speaker.

This person could also propose alternatives to current procedures and legislation.

At the end of, oh, say, one year, ask for a vote in the House. If nothing else, it would make the legislative process a bit more interesting.
Posted by BackwardsBoy at 9:04 PM 2 comments:

Email ThisBlogThis!Share to TwitterShare to FacebookShare to Pinterest
Labels: 2016, conservatism, politics, Speaker of the House Initiative

Another Video You Should See

There may be hope yet for America's young'uns.

Elly Maye gives us her Top Ten Reasons She's Not a Democrat.

We have term limits. They're popularly known as elections. The best way to get some new blood in Washington is to vote for someone different. If your Congresscritter has been up there too long, vote him or her out.

Posted by BackwardsBoy at 12:15 PM No comments:

Ace of Spades HQ had this link in the sidebar about the Chandra X-Ray Observatory studies of the Perseus Cluster, but with a different title. When I started reading it, the musical aspect jumped out at me.


These sound waves are thought to have been produced by explosive events occurring around a supermassive black hole (bright white spot) in Perseus A, the huge galaxy at the center of the cluster. The pitch of the sound waves translates into the note of B flat, 57 octaves below middle-C. This frequency is over a million billion times deeper than the limits of human hearing, so the sound is much too deep to be heard.


B flat to the minus 57th octave? We're gonna need a bigger bass, um, something or other...

Posted by BackwardsBoy at 4:51 PM 4 comments:

No, not those kinds of rockers, these kind. You know, the ones old rockers now use.


Not that Todd's old or anything, but he did just celebrate his 65th birthday and is still kicking ass. Mick Jagger is a grandpa and Eric Clapton will be turning 70 here real soon. Stevie Ray Vaughan would've turned 60 this year.

h/t to Instapundit
Posted by BackwardsBoy at 11:49 AM 1 comment:

A buddy of mine is his drummer on this tour.

Play on, Johnny, you will be missed.

This is just way too good not to pass along.

From American Digest.org and the Moron Horde over at Ace of Spades HQ: If I were Ted Cruz.

Be sure to read the comments at the link. This would also provide a ready pool of conservative talent from which to draw for years to come.
Ted Cruz, if you're reading this...

...of what gas prices once were. 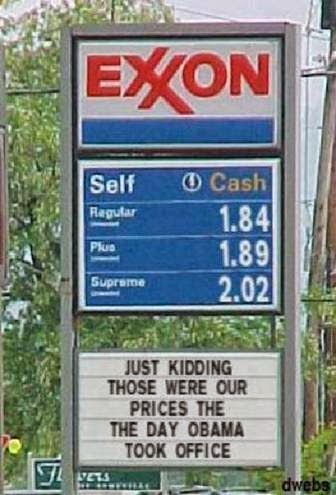 h/t The Political Commentator
Posted by BackwardsBoy at 10:16 AM No comments:

Here's another video y'all should see. It's Ronald Reagan's 1986 Independence Day speech.