First, the good news. As you may have heard, a Florida federal judge has voided ObamaCare for now. On Monday, Judge Roger Vinson, US District Court for the Northern District of Florida. (Insert cheers for a Reagan appointee here). It seems in their haste to pass an unpopular, unnecessary bill against the will of the people, progressives in congress last year removed a tiny bit of language known as “severability.” In finding one part of the bill unconstitutional, because of the absent severability clause, the entire law was deemed void. Ken Klukowski over at FoxNews.com has the skinny on why this is important.

This law is terrible, but you knew that already. Which is why Nancy Pelosi, Harry Reid and the rest of the progs like it so much. The concept itself is flawed. It doesn’t solve anything other than their insane quest for ever-increasing power over our daily lives, which is never enough. When they could’ve merely refined our existing system, the best one in the world, they sought instead to dismantle it in favor of a massive new arm of government to oversee the most intimate aspect of our life: our health.

And, in an effort point out all the wonderfulness of unconstitionality of the individual mandate, South Dakota has introduced legislation to require everyone in that state to own a firearm (h/t Jawa Report). Hey, if the feds can require you to buy something, why not a gun? Or a Bible?

We can’t allow this camel anywhere close to the tent, much less allow it to stick its nose underneath it. Camel poo, and all that.

And now for the bad news. There will be no cheerleaders in this years’ Super Bowl for the first time. In a rare convergence of the stars, we somehow have two of the only six NFL teams who don’t have cheerleaders in the game. Now, if someone wants to open a federal investigation into this most egregious oversight, I’m all for it. Is it too much to ask for emergency replacement cheerleaders?

You won’t be seeing this, 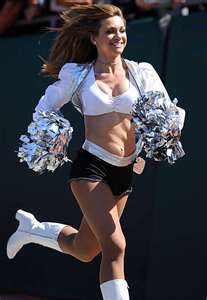 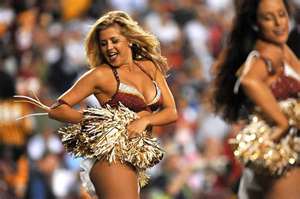 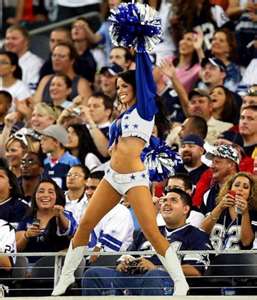 on the sidelines on Sunday. I’m crushed, as I’m sure you are. Oh well, there's always the commercials.
Posted by BackwardsBoy at 12:53 PM