How about a shot for breakfast? This shot has something to do with the Whiskey Rebellion.

On this day in 1794, President George Washington writes to Henry "Light Horse Harry" Lee, Virginia's governor and a former general, regarding the Whiskey Rebellion, an insurrection that was the first great test of Washington's authority as president of the United States. In the letter, Washington declared that he had no choice but to act to subdue the "insurgents," fearing they would otherwise "shake the government to its foundation."

Astute readers have noticed that I haven't had any pulchritudinous posts in a while. 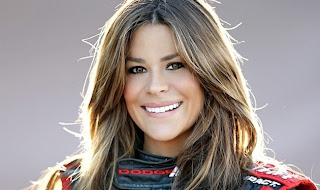 And, yeah, that's a firesuit she has on. She's a budding NASCAR driver who competed in the Canadian Nationwide series race a couple of weeks ago, Maryeve Dufault. Baby, you can drive my car.

In flight movie explains mystery of female pleasure. Hmm, it's about a dump-truck full of chocolate covered money?

This is how we'll win the war in Afghanistan: we just won't fart. I know we're trying to win hearts and minds in these days of politically correct warfare, but it appears the effort doesn't stop there.

Oh, and to every body in the way of Hurricane Irene this weekend, y'all be careful up there. This might be a big, bad storm.

From the Ace of Spades HQ Department of Snark: It's Totally Not Symbolic And Totally Not God Trying To Tell Us Something: Washington Monument Cracks

Posted by BackwardsBoy at 7:25 AM