Did y'all see this over at the Drudge Report? 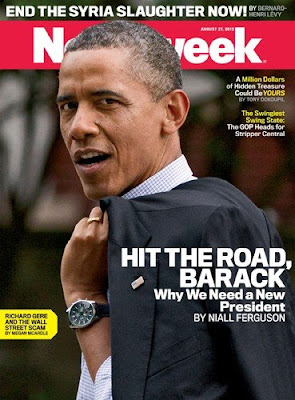 Here's the article. I look for more of these types of articles between now and November's election as the various news organizations Official Obama Transcribers' Union Local # 13 attempts to regain reader- and viewership.

Also, Be on the Lookout for This: any uptick in the economy. Obama will try to take credit for an improving economy (and make no mistake, it will improve as the likelihood of Obama's defeat becomes more possible and popular). Obama will preen and say that it's directly due to his actions and policies that things are starting to turn around.

Posted by BackwardsBoy at 1:30 PM